Jack Adams competes for New Zealand in the Giant Slalom and Slalom at the 2021 FIS Alpine World Ski Championships.

Congratulations to SapphireOne sponsored athlete Jack Adams who has just competed in the FIS Alpine World Championships in Cortina, Italy. The event is held every second year and showcases the best alpine athletes from around the world.

In the Giant Slalom Jack placed 32nd in the Qualifying race, just missing out on the finals, and achieved an impressive overall ranking of 50th.

In the Slalom Jack fought hard in Run 1 on a course that challenged the best in the world, with 30% of the field being a ‘Did Not Finish’ (DNF). Jack moved from 71st to 35th after the first run and was ready for Run 2.

In Run 2 he was on track for a top 20 result, and just a few gates from the finish line hit one bump too many and joined the 70% of athletes that had a DNF.

We are all extremely proud of Jack and his efforts at his first World Champs, and look forward to following his progress through the rest of the season. We also thank SnowSports NZ for giving Jack the opportunity to be part of a major event surrounded by the best in the world.

We are proud to announce that SapphireOne sponsored alpine athlete Jack Adams has been selected to compete as part of the New Zealand team at the 2021 FIS Alpine World Ski Championships in Cortina d’Ampezzo, Italy between the 7th and 21st of February, 2021.

Jack has been selected to be part of the Kiwi team of four, alongside fellow teammates Alice Robinson, Piera Hudson and Will Feasey.

Jack is currently based in Pitzal, Austria where he has spent the past two months training and competing, and has recently achieved his career best result at a FIS Slalom race in Hochfuegen, Austria.

The FIS Alpine World Ski Championships are held once every two years. In a recent article by Snow Sports NZ, NZ Head of Alpine Jono Howson explains “World Champs is a stand alone-event and the person that is crowned world champion gets to claim that for two years, it is quite an honour.”

We wish Jack Adams and the team every success and look forward to following their results at this prestigious event.

SapphireOne’s Jack Adams reminding us all what real flow looks like.

How’s that for harmonisation?

Alpine athlete Jack Adams, proudly sponsored by SapphireOne, is currently in New Zealand where he has been training with Coberger Academy at Coronet Peak and Cardrona Ski Resorts in preparation for the  European FIS race season, including Europa Cup and Alpine World Championship events. Check out the video below to see him in action at Cardrona Resort.

Watching this type of graceful coordination is a beautiful reminder of how great it feels when things just… work.

At SapphireOne we’re working continuously to bring more harmony into your day-to-day operations. Get in touch or give us a call to find out how our customisable API integrations and software solutions can offer your business seamless digital integrations, and help bring the flow back into your every day.

The race today was also a National Points race for under 14 and under 16 athletes, whose national champions will be crowned at the Snowvision National Youth Championships held at Cardrona starting on the 25th of September. View Results

It’s been a busy few weeks for the SapphireOne Team as they zig zag back and forth between Australia and New Zealand.

Lily Tomkinson, Alec Scott, Jack Adams, Theo Coates, Connor Leggett and Shaun Findlay battled it out against the best skiers from NZ and a strong international field including many World Cup skiers. Ted Ligety who just happened to be at Coronet Peak training decided to drop in to the Slalom race and add to the amazing talent already on the hill.

At the end of the week, the athletes flew into Melbourne to make their way to Mt Hotham for the start of the Australia New Zealand Cup series. 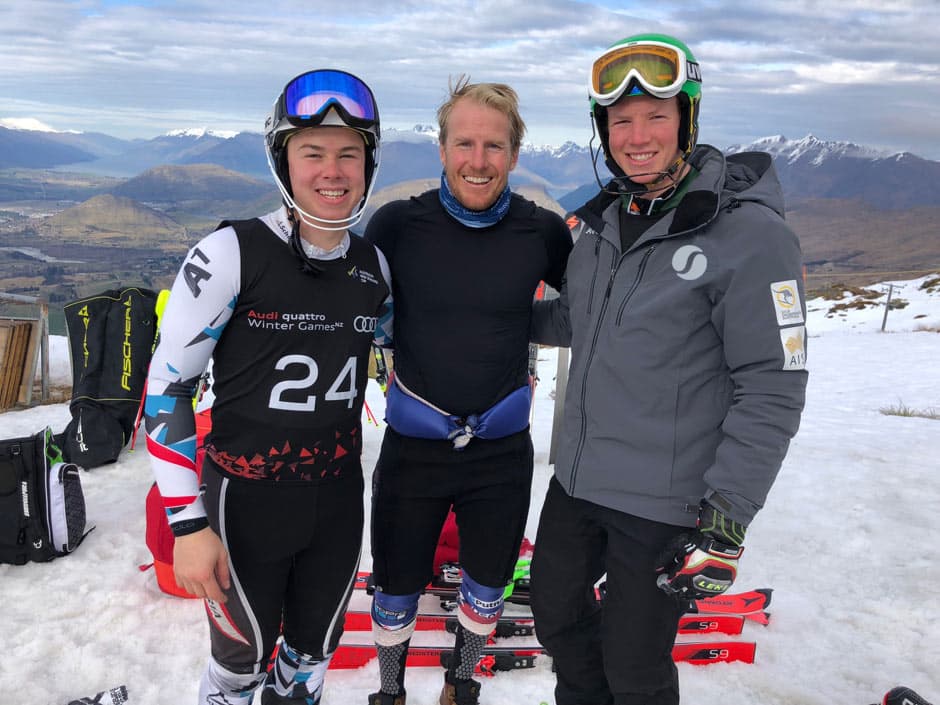 The second day of the race series went ahead after a weather delay of one day.

In the Men’s we had a number of athletes in the Top 20. Harry Laidlaw 11th/20 points, Alec Scott 14th/22 points, Louis Muhlen-Schulte 16th/28 points and a PB from Jack Adams at 18th/30 points. In the top 40 we had Connor Leggett 33rd/60 points and Wim Roney 40th/84 points with our other athletes not far behind – Finn Bowes, Shaun Findlay, Alfred Wenk, Tom Davies, Cody Allport, Hayden Etherton, Lachlan Green and Nicholas Morris.

Our Aussie athletes had a great day yesterday. In the Womens all our finishing athletes were in the Top 20 with Madison Hoffman taking the podium in 2nd place/18 points. Behind Madison was Lily Tomkinson 8th/40 points, Zoe Michael 11th/91 pionts, Kendra Etherton 12th/108 points, Zara Gardiner 16th/177 ponts and first year FIS Isabella Davis 17th/184 points. We had a few DNF’s however they’ll be back on course to battle it out on Day 2 of Slalom.
In the Men’s we had four athletes in the Top 25. Louis Muhlen-Schulte 6th/14 points, Alec Scott 20th/30 points, Jack Adams 21st/34 points and Theo Coates 25th/36 points. In the top 35 we had Hayden Etherton 33rd/188 points, Lachlan Green 246 points and Cody Allport 35th/250 points.

Many of the athletes, including the SapphireOne Team, drove directly to Melbourne Airport on completion of the final day of competition to travel to New Zealand for the start of the Australia New Zealand Cup at Coronet Peak starting Monday 27 August.

Australia New Zealand Cup (ANC) – Coronet Peak Queenstown, New Zealand – August 27 – 31, 2018The ANC Coronet Peak, New Zealand kicked off as part of the New Zealand Winter Games. With athletes from almost all skiing nations, the competition was particularly tough. In the Men’s events there were World Cup skiers with bib numbers in the 30’s.

As the Slalom event took its toll on our tiring athletes Theo Coates scored a Personal Best (PB) of 25thplace/30 points.

Day 2 of Slalom ended with only 29 of the men finishing and 18 of the women finishing. Our best result was from Alec Scott placing 13th/33 points. Congratulations to all the athletes that competed over the 4 days against a field of World Cup racers including legend Ted Ligety (who our boys managed to beat!!). Good luck with the races for the rest of season.

The SapphireOne Team have had a busy week competing in the New Zealand National Championships Slalom and Giant Slalom events at Coronet Peak, Queenstown.

Jack Adams, Theo Coates, Connor Leggett and Shaun Findlay fought the fierce competition in the GS and Slalom events and had some significant results.

Jack and Theo just missed out on the all essential “flip” in the first run of GS coming 32ndand 33rdafter Run 1.   If they had made the “flip” and come 29thand 30ththey would have been 1stand 2nd skiers in the 2nd run.   A start that can make a difference of 2 seconds or more in the final result.

Day 2 the boys had a similar finish in Run 1 however Theo didn’t finish Run 2 and Jack made a few too many errors.  Team mate Connor leap frogged both boys to finish an impressive 32nd.

Photos above of Jack (Slalom) and Theo (Giant Slalom) in action.

In the men’s field, defending NZ champion Adam Barwood never looked in too much danger of relinquishing his title, so long as he could hold on in the tricky snow conditions. After the first run Adam was placed fifth with Willis Feasey as his closest teammate way back in 19th place.

As it was, a mistake in the bottom half of the course on run two would put an end to Feasey’s second run charge for the men’s national championship title while Barwood hung on, dropping back to eighth overall but managing to retain the men’s slalom title for another year.

The women’s leader after the first run, Hudson started 30th in run two and had to battle the ruts to get to the finish. A few mistakes on the bumpy course cost her the overall lead, finishing in sixth place overall, but taking the National Ladies’ Slalom title.

Congratulations to all the competitors and good luck to those competing in the Australia New Cup starting next week (August 20) in Mt Hotham, Victoria, Australia.

To see full results from this series, click here.